Interview with Rituals done by Patrick posted on 10-31-18

Interview with Joel from Rituals done by Patrick

1.Hello please introduce yourself to the readers?How is life in Australia this week?
Hi, my name is Joel and I play guitar in the Australian band Rituals.

Well, I am currently living in the UK and Jed is back-packing around Ireland and Europe so it is difficult to say! I am sure the weather back home in Melbourne is unpredictable but getting warm as Summer approaches.

2.When did you first start listening to metal music and who were the first bands you discovered?
Like a lot of people, the first metal band I ever got into was Metallica when I was quite young. I never really ventured far from Metallica until my early teens where I discovered Iron Maiden, Megadeth, Pantera etc.

3.Was it long before you discovered underground death metal and who were the first bands you listened to? Who are some of your current favorite bands?
It was quite a while before I discovered underground death metal, but the gateway bands when I was a teenager would have been Cannibal Corpse, Death and maybe Deicide. From there I discovered (at the time) lesser known death metal bands like Vile, Aborted and Severed Savior. The more bands I found, the more I dug deeper into more obscure and lesser known bands.

In terms of current favourite bands... Autopsy is probably the band I can always listen to no matter what mood I'm in.

4.When did you first meet the other members of the band? And was it long before you all started Rituals?
Jed and I have known each other for going on 7 years. We lived together and had worked on music together previously. We started working on Rituals in early 2017, and by June 2017 we had Pierre and Warren on board to complete the lineup.

5.What is the current line up of the band?And who would you say are Rituals biggest influences?
Currently we are Pierre on bass and vocals, Jed and myself on guitars and Warren on drums.

Our biggest influences would be At the Gates, Carcass and Dissection.

6. Neoteric Commencements is the debut release which is being released through Sleeping Church Rec when did you and the band first come in contact with this label?
As far as I recall, Pierre approached them sometime during the recording/final stages of the EP on the recommendation of a friend. They were into what we were doing and it all blossomed from there.

7.Does the whole band take part in the writing process or does one member usually write everything?
Jed and I will usually write songs, demo them and present them to the band to start learning. Pierre has also contributed a couple of songs and riff ideas as well, but he mostly focuses on the lyrics.

8.Who usually handles writing the lyrics for the music and what are some subjects written about on the debut?
All the lyrics to the songs on the EP are written by Pierre, and as far as I know they are mostly about death, religion, war and history.

9.Besides the upcoming Neoteric Commencements EP. does the band have any other merchandise availible for the readers to buy? If yes what is availible and where can the readers buy it?
Our first recording "Benumbed" is available as a digital single on our Bandcamp page, and we have logo shirts available as well. We can be contacted via e-mail/Facebook/Bandcamp to obtain either of these.

10.Has the band had the opportunity to play very many live shows yet or do you prefer working in the studio?What have been some of the bands most memorable shows so far?
I don't think we have played as many shows as we would have liked to, but we've given it a good slog in the last 12 months.
Driving to the regional border of Victoria/New South Wales to play a ripper show in Beechworth is definitely a highlight, immediately followed by a gig in Albury which was a terrible experience.

11.Are their any upcoming shows or tours in support of Neoteric Commencements?If yes where will Rituals be playing and who are some bands you will be sharing the stage with?
Shows have been a bit scarce since June due to myself being overseas. I dare say that any upcoming shows will probably include As Flesh Decays and/or Obsidian Monolith who are both great bands.

I have a very high opinion of Australian death metal, both past and present. Anyone who has dug beneath the surface will know that Australia has had an incredible array of death metal bands for over 20 years. We have a lot of world-class modern death metal bands at the moment like Psycroptic, Disentomb and Thy Art is Murder, and we also have bands like Cemetery Urn, Ignivomous and Eskhaton keeping that bestial Australian sound alive.

We were incredibly lucky to play our first show opening for a one-off reunion of Misery. For any readers who don't know them, they are one of Australia's earliest and greatest death metal bands. Check them out!


13.Who are your all-time favorite Australian bands and are their any new bands you feel the readers should check out soon?

Some of my all time favourite Australian metal bands (in no particular order): Sakkuth, Fuck I'm Dead, Portal, Astriaal, Nazxul, Mindsnare, Dungeon, Infernal Method, Gospel of the Horns and Transcending Mortality all come to mind. Most of those bands are now defunct.

14.I know back in the 90's Australia had some really good labels and distro's.Are their any current labels or distro's you could recommend to the readers?

When I was younger I used to buy a lot of CDs from No Escape Records (RIP). I'm not too sure who is doing any independent distros at the moment...

15.When you need to take a break from working on new music or band business what do you enjoy doing in your free time?
Havin' a sip of an ice cold frothie on a sunny arvo, mate. VB is my personal choice.

16.Thank you for taking the time to fill this interview out do you have any final comments for the readers?
I hope some people who check out the EP dig what we are doing, and always remember to sink piss and smash riffs.

Email ThisBlogThis!Share to TwitterShare to FacebookShare to Pinterest
Labels: Interview with Rituals done by Patrick posted on 10-31-18 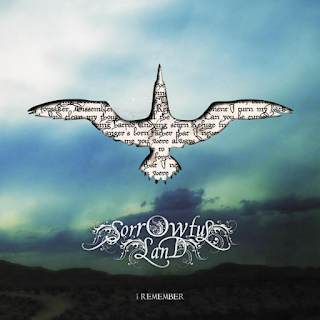 Sorrowful Land are a atmospheric funeral doom band coming out of the Ukraine's scene.Max Molodtsov handles everything for the band and does a great job of composing and writing memorable doom death metal.Max's vocals are a mix of heavy,deep death growls and some extremely well sung clean vocal patterns with both vocal styles fitting perfectly with the bands musicial style.The music is played with a lot of skill and experience mainly staying in the slow funeral doom but Max does write some majestic atmospheric passages.If you enjoyed Sorrowful Land's debut or are a fan of atmospheric funeral doom then do yourself a favor and pick up a copy of I Remember when it is released.